Taking a look at transformations of all kinds

The city of Jena will apply for the Future Center "European Transformation and German Unity" and it can count on the Friedrich Schiller University as a competent partner. The design of the application and the profile of the content of a potential Jena Future Center were discussed animatedly in a public symposium on Monday evening (June 20) in the Rose Rooms of the University of Jena.

Researching social transformations and scientifically accompanying ongoing change is what the university's scientists stand for, said Prof. Dr. Jörg Ganzenmüller in his opening lecture. The holder of the professorship for European Comparison of Dictatorships referred to the excellent expertise of Jena's institutes and research networks, which were and are among the pioneers of transformation research. Special research areas (SFB) such as the SFB 580 "Social Developments after System Change", the European College "The 20th Century and its Representations" or the Imre Kertész College with its excellent scientific network in Eastern Europe are worth mentioning. Particularly noteworthy are the many trans- and interdisciplinary links, across disciplinary boundaries as well as to non-university institutions, said Ganzenmüller. The Ettersberg Foundation, the Buchenwald and Mittelbau-Dora Memorials Foundation and the Institute for Democracy and Civil Societywere mentioned by name.

Science and the public together

Following Jörg Ganzenmüller's lecture, three panels discussed the content of the event. The panel included contemporary historians, political scientists and literary scholars, sociologists and cultural scientists. The tenor of the discussion was unanimous: The city of Jena and the university together have the potential to make such a future center a success story. However, there should be no science in the ivory tower, but the public should be involved from the beginning.

The president of the Friedrich Schiller University, Prof. Dr. Walter Rosenthal, had spoken in his greeting at the beginning of the symposium of the concept of the turning point in time, with regard to the Ukraine war of the apparent return of the horrors of the 20th century. To accompany this (these) turning point(s) with an alert eye would be an important task for a Future Center "European Transformation and German Unity" in Jena.

The invitation to tender for the Future Center is to be issued shortly. The federal government intends to provide a sum of 200 million euros for the construction of such a center, and the annual budget of the institution is to be 43 million euros. In terms of content, the center's work is to revolve around the keywords "science," "dialog" and "art." In addition to the city of Jena, other eastern German cities are applying; a decision is to be made this year. 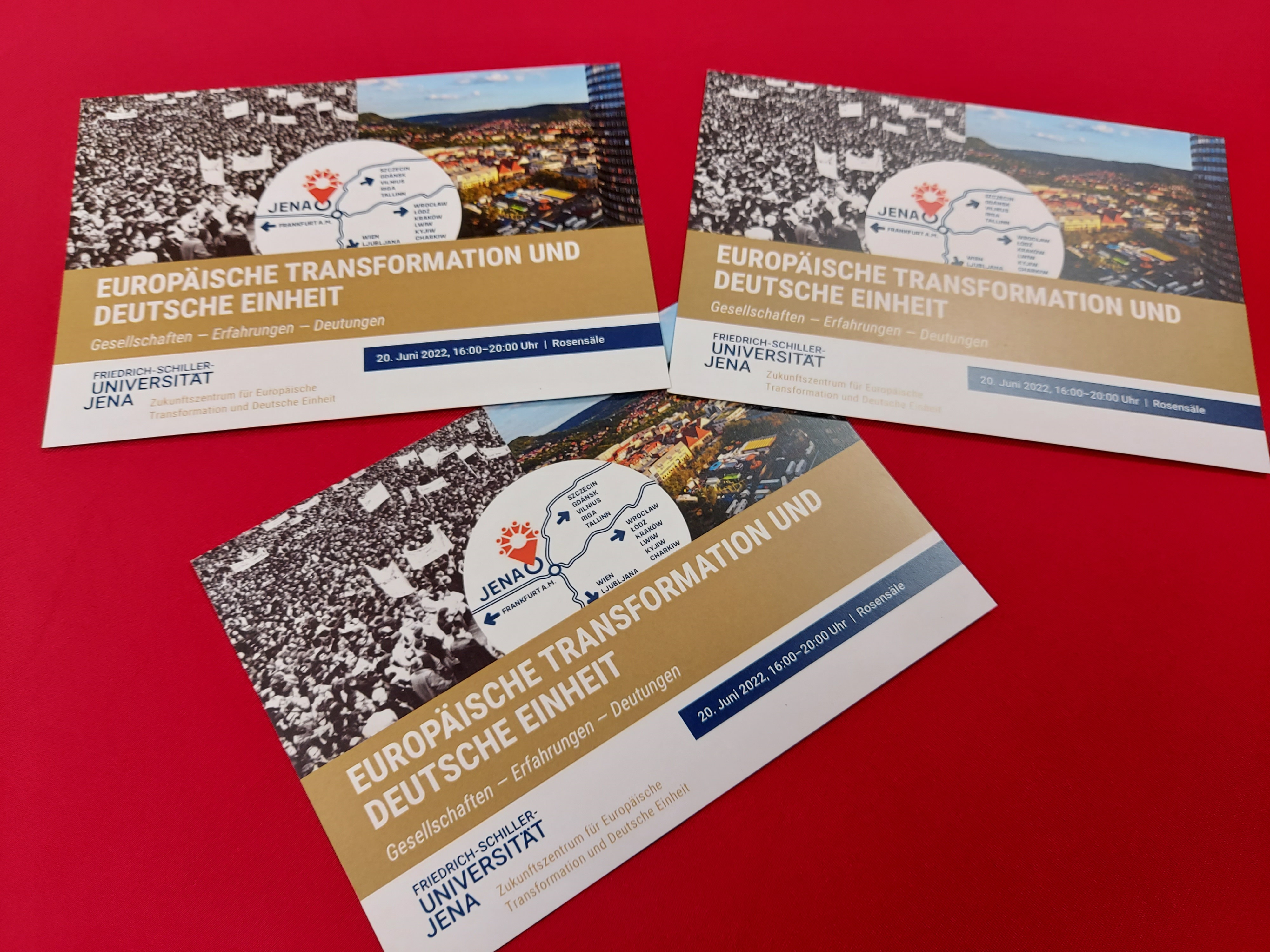 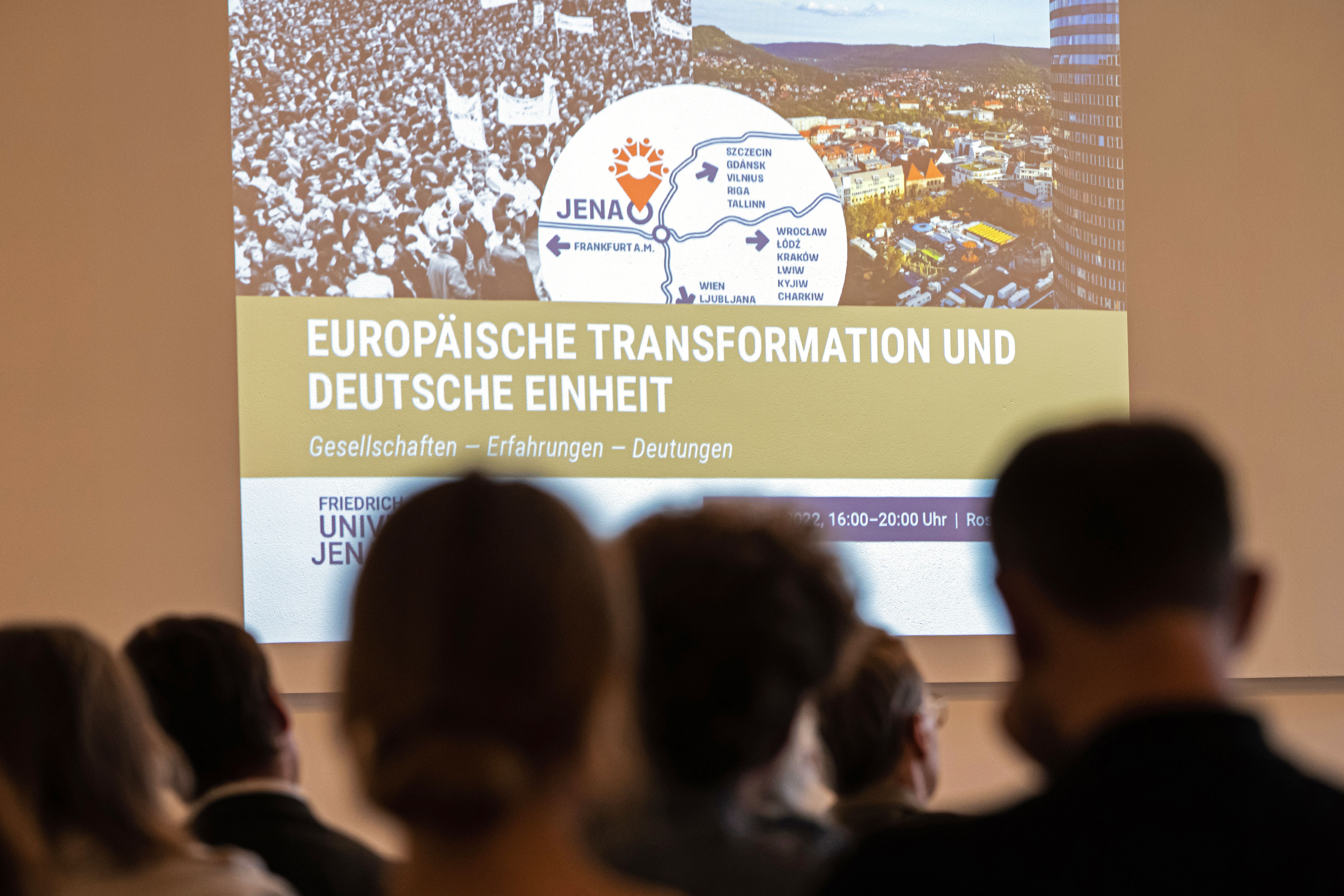 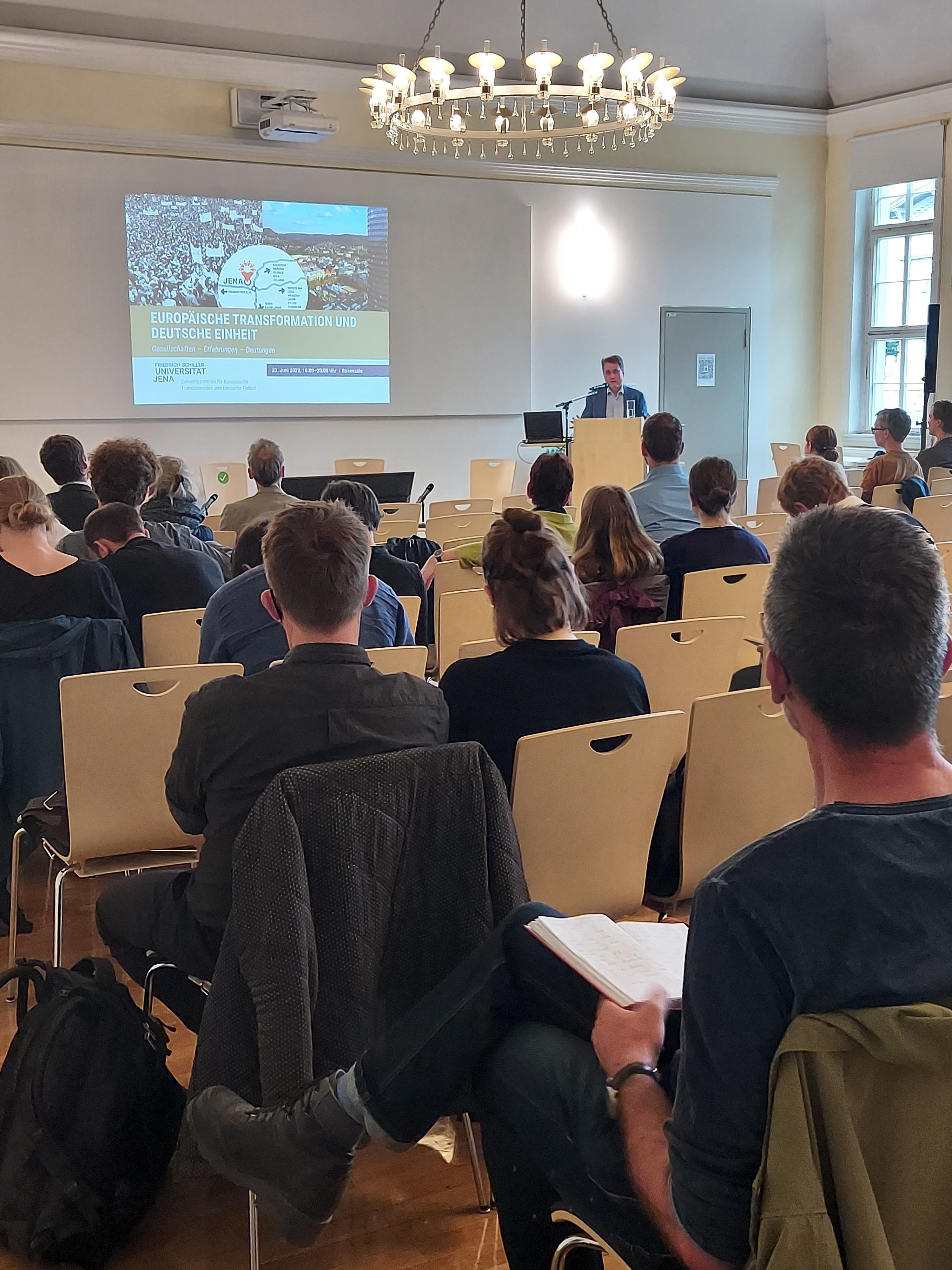